Dr. Harcourt has developed his novel Migraine and Concussion treatment programs based on the latest research (some of which is his own), his years of experience seeing patients, and his passion for finding the root causes and correcting them. He has become the go-to doctor for these conditions and his treatment programs bring patients to his California offices from literally all around the world.

Dr. Harcourt has also created a 150-hour post-doctorate fellowship program and has written a book, both titled ‘Mastering Migraine’. He instructs doctors from all different backgrounds how to treat migraine with his novel, cutting-edge approach based on the latest research. Dr. Harcourt is also dedicated to giving back and has served as Board President at Jodi House Brain Injury Support Center in Santa Barbara, CA, where he volunteered his time and expertise so that victims of traumatic brain injury have somewhere to be supported.

Dr. Harcourt was born and raised in central Pennsylvania and received his Bachelor of Science Degree in Psychology from the University of Pittsburgh, where he also completed a certificate in the Conceptual Foundations of Medicine. After exploring several different types of healthcare, he kept coming back to the 'treat the problem not the symptom' outlook.

Dr. Harcourt has several current papers from 2016 and 2017 that he presented at the International Symposium of Clinical Neurology (ISCN) to be published in Frontiers of Neuroscience on his treatment of Concussion and Migraine. He presented his research on Multiple Sclerosis at the ACCRAC in 2014.

Dr. Harcourt uses the latest research and techniques to improve the health and relieve pain and suffering for his patients. He takes the 'whole person' approach to your health, which means looking for the underlying causes of disease, discomfort, and pain, as opposed to just treating the symptoms. He is able to determine the root of the problem and create a personalized care plan to suit your individual needs.

Dr. Harcourt and his wife are both dedicated to giving back to the community and supporting local charities and non-profits. 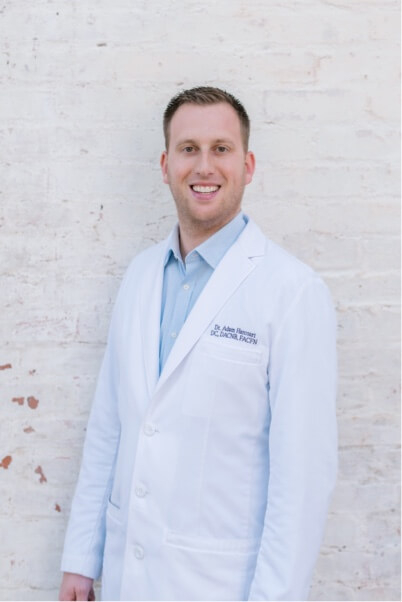 Watch This Video To Learn How Dr. Harcourt Became The Go-To Doctor Around The World For Migraine And Concussion!